2020 Vision: The Present and Future of Disinformation in American Politics

In order to begin developing solutions for today’s troubled information environment, scholars, journalists, policymakers, and citizens all need reliable, accessible information on disinformation, election interference, and the collisions between media, technology, and democracy.

Presenting that information concisely, quickly, and comprehensively is the goal of the Social Science Research Council’s new MediaWell site, an innovative online platform to consolidate research on disinformation. Headlined by a discussion among distinguished researchers and policy experts, the SSRC hosted a launch event for MediaWell on Capitol Hill on October 22.

“As social media has become vital to political discourse, scholars ranging from data scientists to historians have begun investigating unreliable information and its implications for our democracies,” said Alondra Nelson, president of the Social Science Research Council. “MediaWell has already helped to bolster and consolidate the field of disinformation researchers.” The project builds on the Council’s long tradition of field-building and agenda-setting in the social sciences, she said.

MediaWell is attracting attention on Capitol Hill as well. “Like so many of our institutions today, our nation’s public sphere is under assault from a range of bad actors, who exploit the reach and prevalence of social media in our lives to promote disinformation, drive greater polarization, and undermine our ability for political consensus, ” said Sen. Mark Warner (D-Va.), who has prioritized anti-disinformation efforts, social media accountability and privacy in his legislative agenda. “I am grateful for the SSRC’s critical efforts to develop credible, privacy-attentive methods to track the myriad ways technology continues to be exploited—efforts that will be imperative to informing Congress on how to address these threats.”

“To have the SSRC making sense of that academic work, and distilling it and providing write-ups of it, is just going to be invaluable,” said Karen Kornbluh, former ambassador to the Organization for Economic Cooperation and Development and senior staff member at the Federal Communications Commission.

Much of the discussion centered around the twin problems of measuring and understanding the effects of disinformation, and creating effective regulation and industry policy to support democratic ideals.

Nyhan, whose recent research focuses on the effectiveness of factual corrections, cautioned against believing the narrative that so-called “fake news” swung the 2016 election in favor of Donald Trump.

“We found no evidence in our data, which are limited, but I think are some of the best data we have—outside of the super-secret Facebook data that nobody has—we find no evidence of changes in vote choice or turnout being associated with consumption of untrustworthy news content in 2016,” he said. “That doesn’t mean it’s not a problem, but we need to be specific about what the problem is,” said Nyhan, warning that trying to eliminate falsehood from politics was neither achievable nor desirable for democracy.

Kornbluh agreed with Nyhan that because of Facebook’s unprecedented scale, it’s important that it not censor specific ads, for example. “But I think we have to take that to its logical conclusion,” she countered. “Facebook is not neutral. So you may be asking them to be neutral just in terms of that ad, but their algorithm juices an ad that is more incendiary, and more conspiratorial.” The business model for sites like Facebook and YouTube, which involves the amplification of more extreme and conspiratorial ads and organic content, needs to be accounted for in any discussion of platform neutrality, she said.

Mitchell said that her research shows that it’s challenging for news consumers to differentiate between accurate but one-sided news, coordinated disinformation, and wholly fabricated stories. In addition to our strong political divides, other factors influence people’s ability to assess the news they encounter, such as their levels of digital savviness and political awareness. Even though disinformation may not have swayed elections, she said, it’s still having an effect on the country. For example, a majority sees the disinformation issue as affecting confidence in the government, and about half say it inhibits confidence in their fellow citizens. 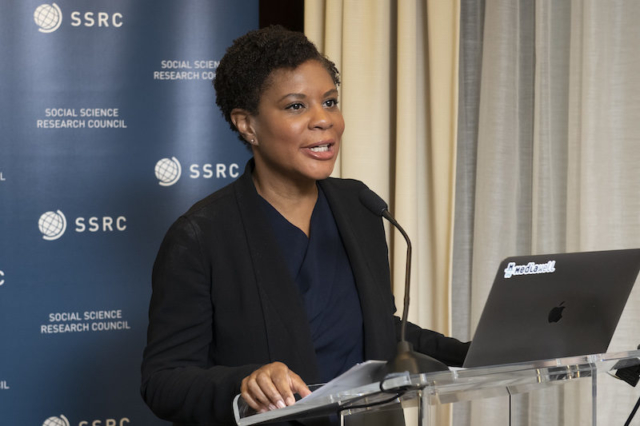 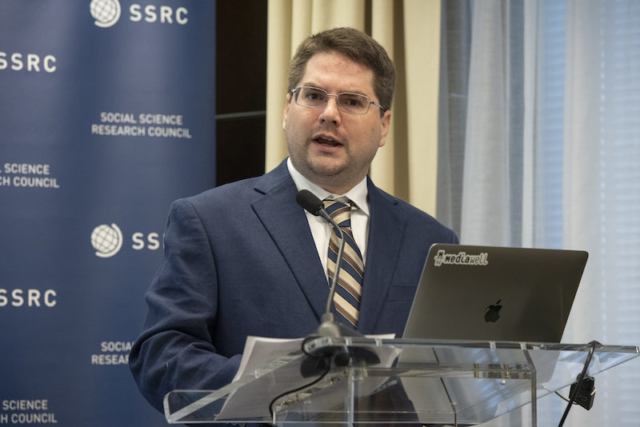 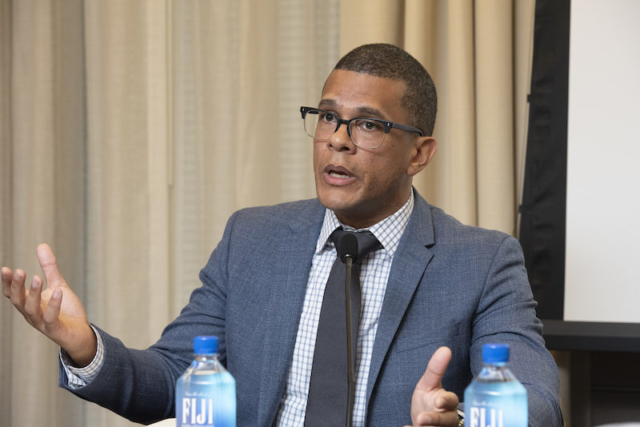 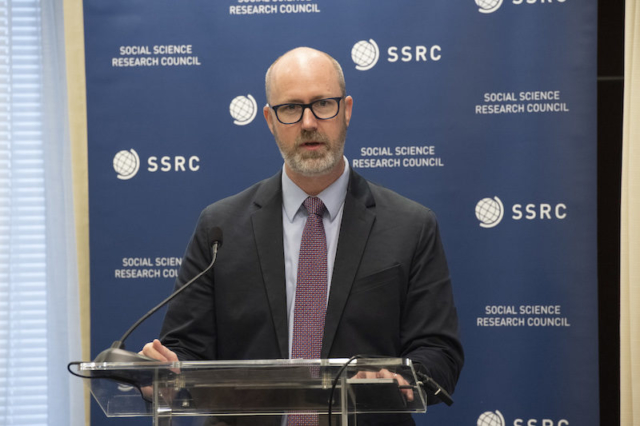 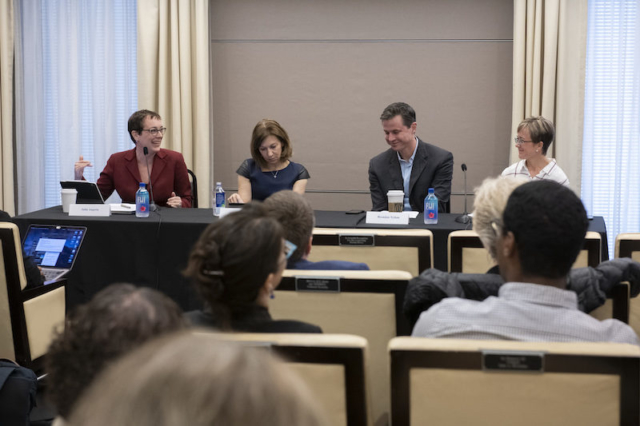 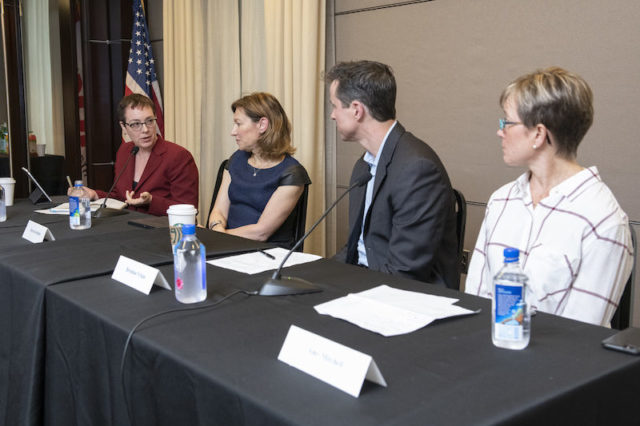 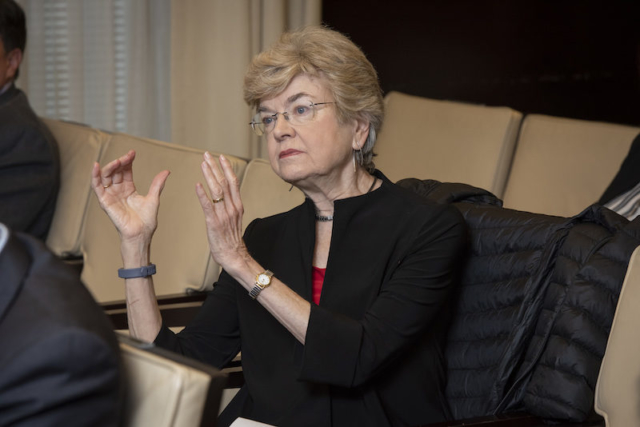 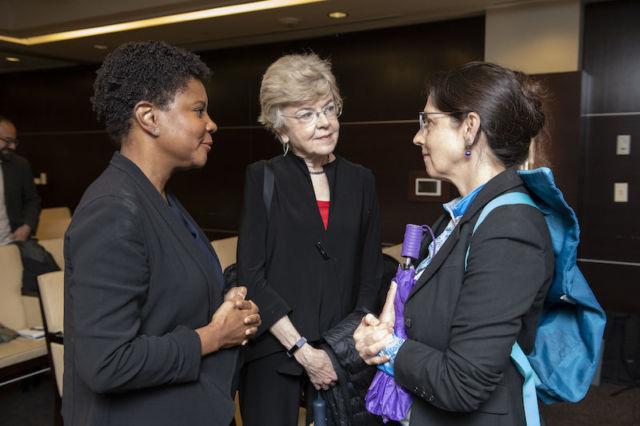 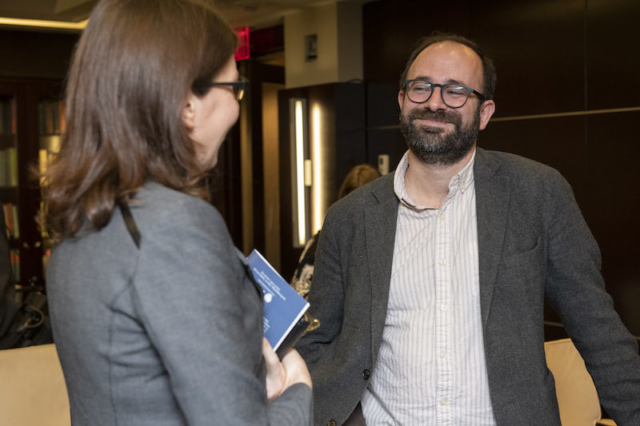